Data from industry group API showed United States crude stocks rose 8.7 million barrels in the week to May 22, against analyst expectations for a 1.9 million-barrel draw.

Also weighing on prices was uncertainty about Russia’s commitment to continuing deep output cuts ahead of a June 9 meeting of the Organization of the Petroleum Exporting Countries and its allies, a grouping dubbed OPEC+.

Saudi Arabia and some other OPEC oil producers are considering extending record high output cuts until the end of 2020 but have yet to win support from Russia, according to OPEC+ and Russian sources.

With United States WTI holding above $30 a barrel, OPEC+ will be watching to see whether United States shale oil producers, who have breakeven prices in the high $20 to low $30 range, step up production.

The $12.00 price area can absorb annual selling pressures. Above which the $39.00 price area remains a several week target. If achieved, then the mid $55.00 price area would likely be in reach over the next several months.

The mid $26.00 price area can likely absorb selling pressure throughout the balance of May. Above which the $39.00 price area is the next near term several week target.

A daily settlement above the $39.00 price area indicates a good annual low has been made. Then the mid $55.00 price area would be attainable within several weeks.

The main trend remains bearish according to the weekly swing chart, however, momentum has been trending to the upside since the formation of the closing price reversal bottom the week-ending May 1.

The market has a lot more work to do before the trend changes to bullish on the weekly chart. A trade through the last main top at $54.86 will change the main trend to bullish. A move through $17.27 will signal a resumption of the downward trend.

Given the price action over the last three weeks, the direction of the July WTI crude oil futures contract the week-ending May 29 is likely to be determined by trader reaction to the steep uptrending Gann angle at $33.27.

A sustained move under $33.27 will signal the presence of sellers. This could trigger the start of a steep break with the first target $27.46, followed by another uptrending Gann angle at $25.27. 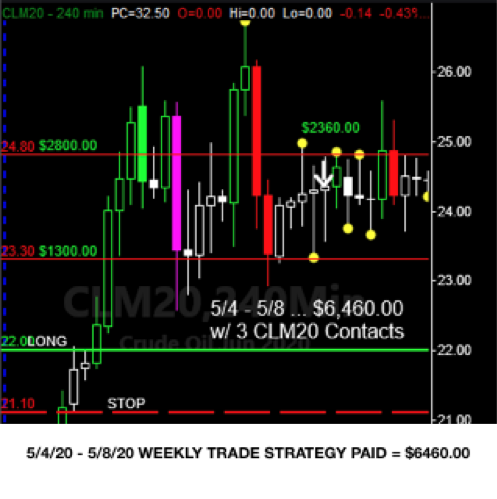 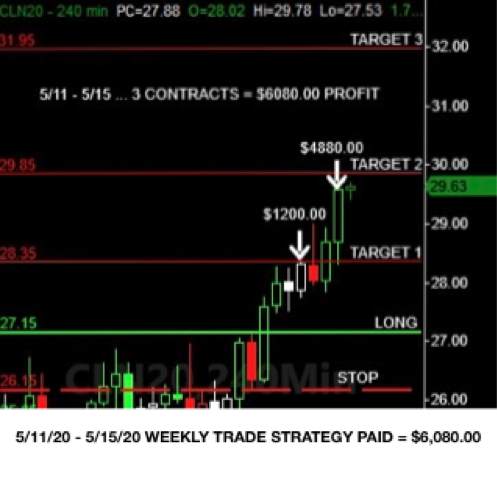 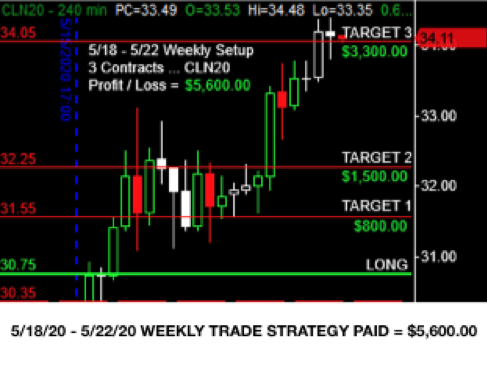 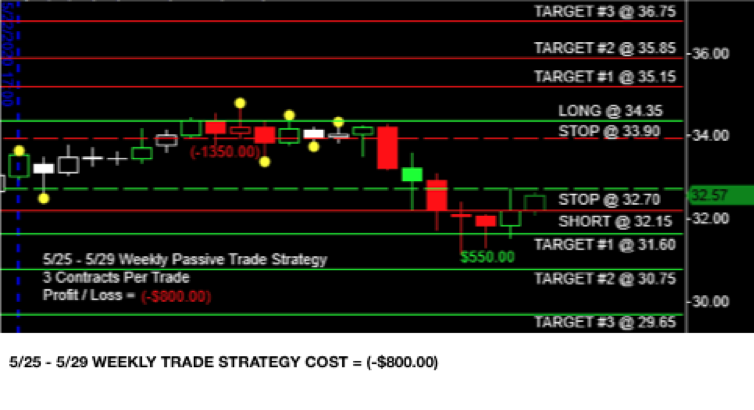 This HAWKEYE powered trading strategy is the flagship of our service, we take only the highest probability of successful passive trades for massive income. These trades occur on average approximately 1 once a month, but when they do, they pay BIG!!!