Oil dropped to its lowest level in more than 18 years during Wednesday’s trading session amid reports suggesting persistent oversupply and collapsing demand due to COVID-19 outbreak related economic lockdowns.

Analysts had been expecting a rise of 12.02 million barrels. There is no feasible agreement that could possibly cut supply by enough to offset such near-term demand losses. 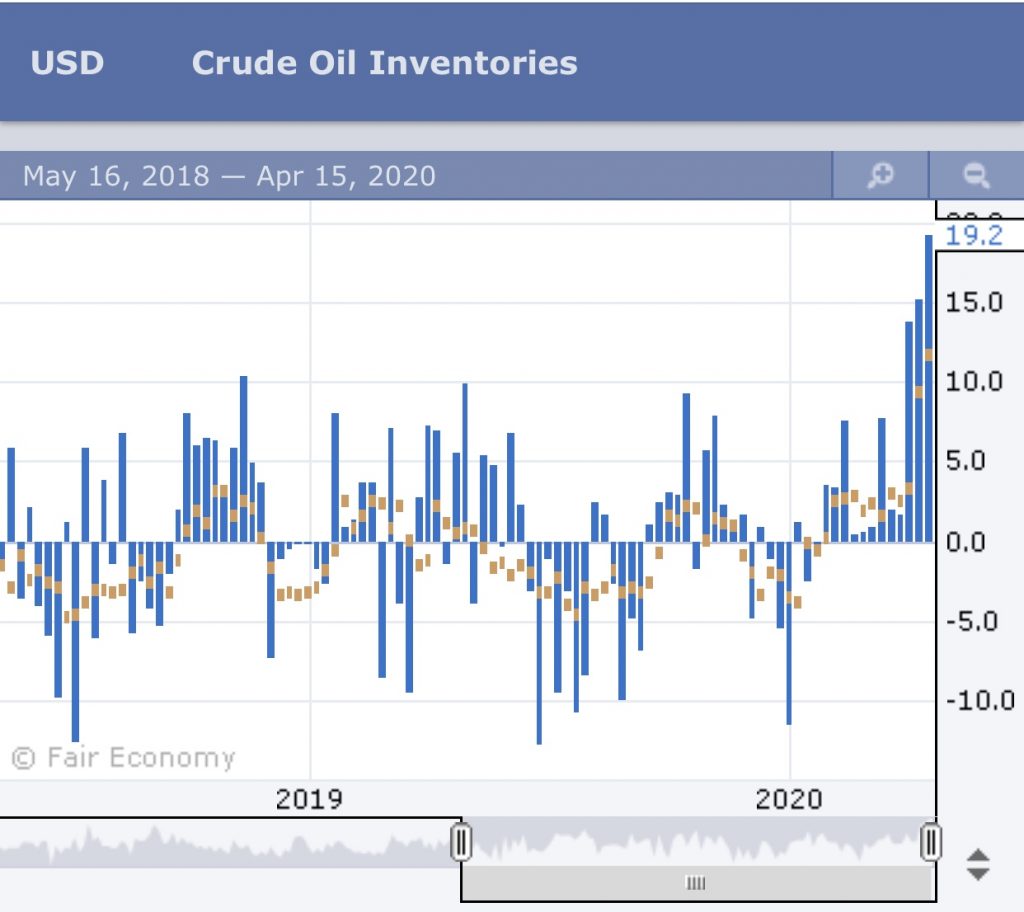 Consumer and manufacturing reports for March showed a significant hit to the economy from the COVID-19 outbreak was even swifter and deeper in the early weeks of the shutdown than anticipated.

March retail sales fell 8.7%, the most ever recorded in government history. The New York regional manufacturing activity hit an all-time low, declining a shocking 78.2%. Industrial production slipped 5.4%, the largest decline since 1946, and manufacturing was down 6.3%, a record reflecting in part the 28% decline in auto production as plants shut down.

The economic reports showed the double whammy of state shutdowns in mid-March on two pillars of the economy – the consumer and business. The reports were even more dire than expected, and foreshadow even worse declines in April’s activity, with state shutdowns affecting areas responsible for more than 90% of the economy. 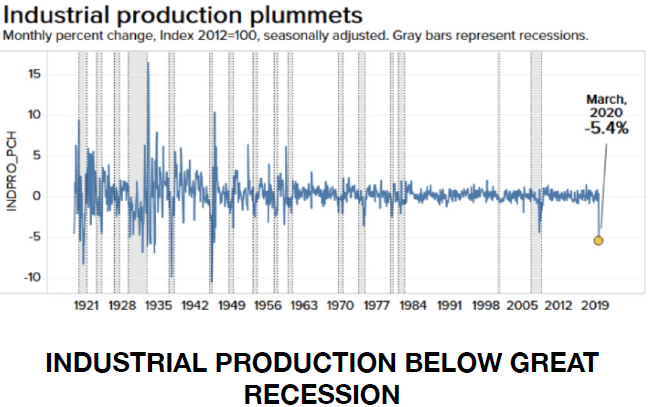 Combined with the prior three jobless claims reports, the number of Americans who’ve filed for unemployment over the last four weeks is 22.025 million.

That number is just below the 22.442 million jobs added to payrolls since November 2009, when the U.S. economy began to add jobs back after the recession.

In 4 weeks time we have nearly given back all of our employment progress made in the past decade. That’s 22 million cars that don’t get started and driven to work everyday, along with 22 million incomes that have been impacted causing no travel demand, creating limited forms of consumption. In conjunction with heavy over supply and forced suppressed demand due to shutdown orders, the foreseeable future for energy prices look very grim.

Upside Scenario: 38.21 can contain buying through May, once tested the market is susceptible to falling back to 21.83 within 2-3 weeks. On the other hand, a daily settlement above 38.21 would indicate a good low into summer activity, 57.50 then expected within 2-3 months.

Downside Scenario: A weekly settlement below 21.83 (and below the recent 21.51 low weekly- settlement) would indicate 12.17 within 3-5 weeks, the next long-term support threshold able to absorb selling through the year, and regarding 12.17, quite possibly the balance of the decade. 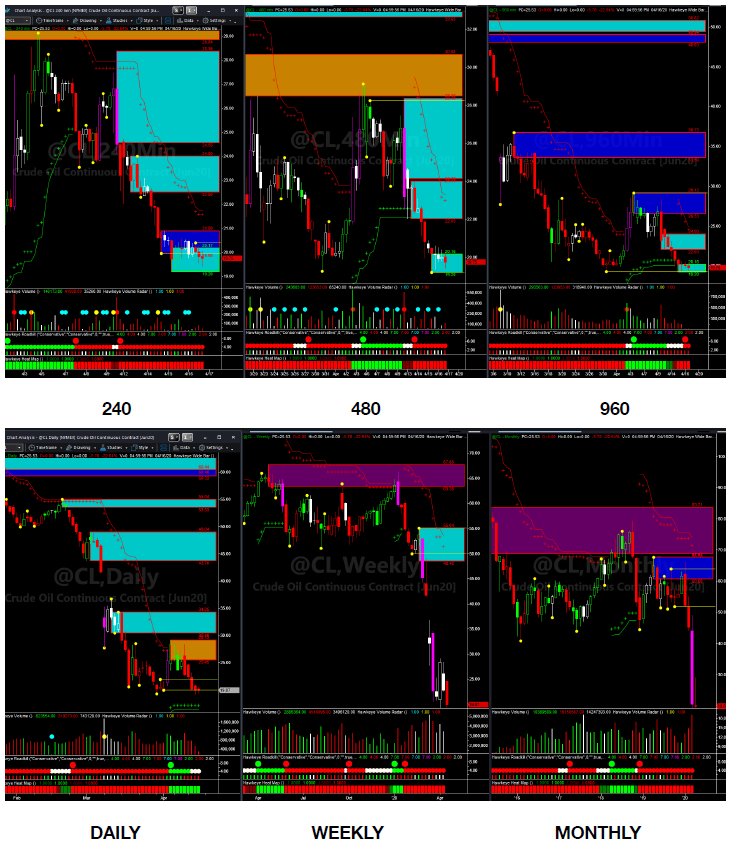 Want to learn more about how Hawkeye’s volume-based suite of indicators can help you spot opportunities on oil?

Click here to catch an in-depth class at no cost!