Build Your Hawkeye Foundation By Mastering These Six Market Moves

Last time, we talked about how volume trading with Hawkeye can be leveraged when trading in the Forex markets.

Today we’re going to continue our Back to Basics series as we learn how to read market charts and trends, by reviewing the ONLY six ways that the market can move.

Similar to how learning your ABCs is the first step to reading novels, once you understand the structure of how the market moves, then you can “read” and track trends.

Every other concept used in Hawkeye then builds from there. 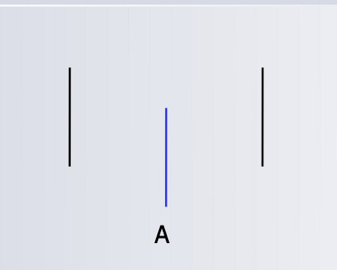 Before we get to the six market moves, we’ll identify isolated lows and isolated highs.

Phantom isolated lows occur when only the low condition Point A is met. At this point, there’s no need to see where the high is. 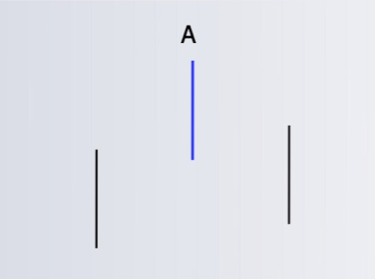 Phantom isolated highs occur when only the high condition Point A is met. There’s no need to see where the low is for these guys.

Now, let’s get into our market moves. 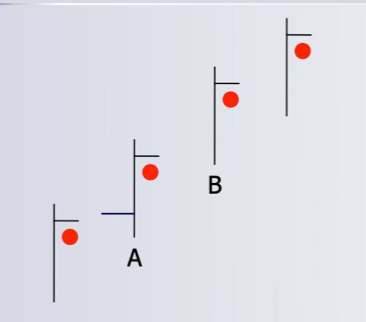 Trend runs are established (Point A) when the close is above the dot, the dot is rising and the close is greater than the open and in the top 40% of range.

At Point B the dot is equidistant from the previous point and continues to be equidistant. 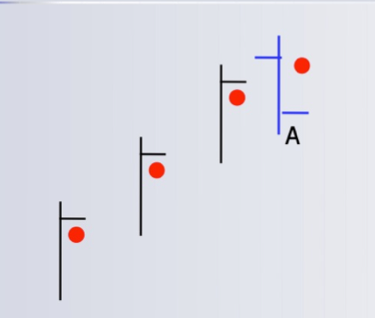 A trend pause is exactly the same as a trend run. However, when a close is under the dot and open (Point A) but the dot is still rising, it denotes a pause. At that point, you’re looking to see resumption of the trend run (close being greater than the dot ). This should occur within three to five time frames.

Congestion entrances happen when the close is under the dot and the dot is flatish to the previous dot. This is the congestion entrance (Point B). You then look for the last isolated/phantom high (Point A).

Once the congestion entrance has been defined, you’re then waiting for the first isolated phantom low to form (Point B). This has to be within 5 bars.

As the chart continues, you’ll see new lower isolated highs (not phantoms) and isolated lows developing. You then move your congestion parameters to these newly formed pivots (Point C and Point D). It should be noted that you can only contract in congestion.

If after congestion entry, there are no isolated / phantom low formed within 5 bars, you are then in a trend run down and should trade it according to the rules.

At Point E, the close is greater than at Point C and a congestion exit to the upside has commenced. The bar close must be greater than the open and in the top 40% of the range of the bar (approximately).

In this example at Point E, the dot has also closed above the dotted line at Point C. This is a stronger indication of congestion exit but a close also greater than Point C is sufficient.

Our final market move to cover today is… 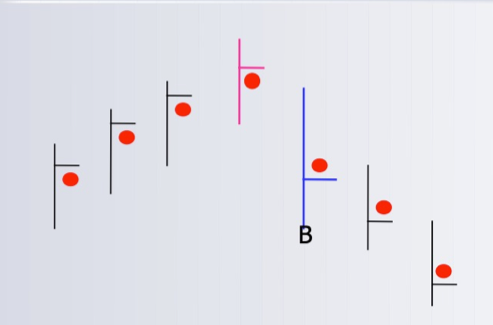 And there you have it, all of the possible ways for the market to move, Now that you understand that, we’ll build on that foundation with more complicated concepts next time.

Click here to jump in with both feet by watching this free webinar and get started with your own trades today, using the power of Hawkeye and V-Swarm!